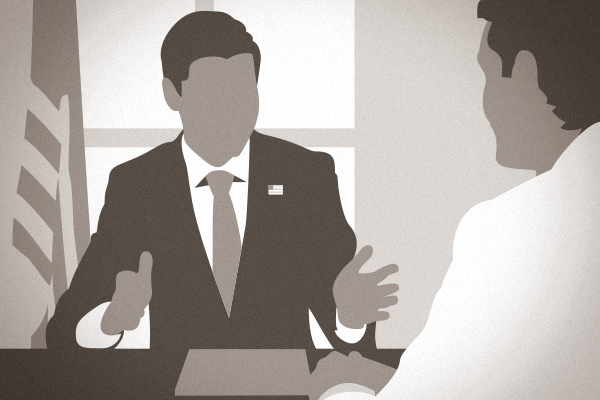 So we came across some share-worthy news today. Here’s a quote from CMT, referencing Congressional healthcare benefits:

“One of the most unusual perks may come from the Office of the Attending Physician of the United States Congress. For an annual fee of $503, House and Senate members can designate the official congressional physician to be their primary care doctor — meaning they never have to leave Capitol Hill, deal with crowded doctor’s offices or be subject to the same type of care from a doctor as the rest of us.”

This sounds kind of like their own personal doctor, that’s available 24/7, for a fixed yearly price (that’s about a third of what we charge hard working Americans), who provides primary care, same day, with no waits, who fields calls directly… which sounds a lot like what we offer at Atlas MD.

According to the source, the service is optional. We’re curious about this fact, though. Among the 435 members of the U.S. House, only 141 have signed up for this “concierge service” as of 2009.

So we’re wondering, will more of Congress sign up as direct primary care gains mainstream attention? We wouldn’t want lawmakers to miss out on the time-saving and cost-saving. Seriously, that annual rate would put most doctors out of business. Which raises the question: who’s theoretically paying for this Capitol Hill Concierge Medicine? This might answer the question:

“Since 2009, Congress Members pay a flat, annual fee of $503 for all the healthcare they receive. PLUS, the annual fee has rarely changed since 1992. Members of Congress do not pay for the individual services they receive at the OAP, nor do they submit claims through their federal employee health insurance policies. The rest of the cost of their care is paid for by federal funding, from the U.S. Navy budget.”

Let’s take a step back, we thought they paid an extra $503/year for the concierge doctor, on top of whatever billing arrangement was in place. Nope. That amount covers ALL of their healthcare. Looks like the rest of us are footing the bill.