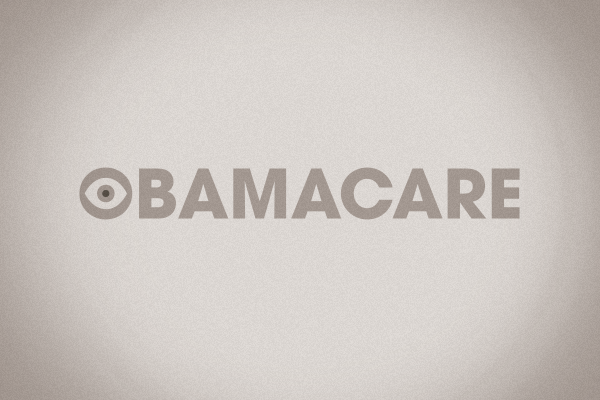 We came across an opinionated article on Rare.us asking, “Would you trust thousands of low-level Federal bureaucrats and contractors with one-touch access to your private financial and medical information?” Our immediate answer was of course not. But with Obamacare’s enactment, we might not have a choice. That’s because of something called the Federal Data Services Hub. This Data Hub will supposedly be a comprehensive database of personal information established by the Department of Health and Human Services (HHS) to help with the federally facilitated health insurance exchanges.

To paraphrase, with Obamacare, each state will need to have a transparent state insurance market (currently not every state has one). If a state creates and operates one themselves, then great. But if they don’t, the government will “run” one for them. And to help “run” this state insurance market, the Obama administration is planning to hire “tens of thousands” of “navigators” earning “$20 an hour or more” to help guide buyers to their taxpayer-funded coverage, according to the Washington Examiner.

Here’s a round-up of articles to give you a more complete picture of the Federal Data Services Hub:

“The Dangerous ObamaCare Data Hub” | The New American
Michael Tennant says it’s no surprise the government wouldn’t want you to find out about the data hub. It will achieve what has, until now, only cameoed in pulp thrillers: a central database linking critical state and federal data on every U.S. citizen for real-time access. READ COMPLETE ARTICLE

“Obamacare’s Branch of the NSA” | National Review Online
John Fund writes that “despite the fact that navigators will have access to sensitive data such as Social Security numbers and tax returns, there will be no criminal background checks required for them.” There won’t even be a prerequisite high school diploma. In comparison, U.S. Census Bureau and IRS employees must meet those minimum standards. Which makes sense since who would want someone who has been convicted of identity theft getting near Americans’ personal records? Apparently the state insurance market “navigators” will have to take a 20–30 hour online course about how the 1,200-page law works. Given its demonstrated complexity, Fund compares this to “giving someone a first-aid course and then making him a med-school professor.” Harsh. READ COMPLETE ARTICLE

“Column: Potential ObamaCare privacy nightmare” | USA Today
Under what Stephen T. Parente and Paul Howard are asserting to be the guise of expanding Americans’ access to healthcare, “the federal government is planning to quietly enact what could be the largest consolidation of personal data in the history of the republic.” They go on to explain that in order to determine eligibility for health insurance subsidies, the new exchange has to bring together information about you and your family from the Treasury Department and IRS, the Department of Homeland Security, the Department of Justice, as well as your Social Security number. And all of this coordinated by the Department of Health and Human Services. The writes concede that similar information is collected when you apply for a mortgage. But when the administration stores this constantly updated information in a central data hub, the potential for abuse warrants concern. READ COMPLETE ARTICLE

“Tens of thousands Obamacare ‘navigators’ to be hired” | Washington Examiner
Starting in October hordes of health care professionals, union workers and community activists hired as “navigators” to help Americans choose Obamacare options could earn $20-$48 an hour, according to new regulations issued Wednesday. The 63-page rule covering navigators also said the government will provide free translators for those not fluent in English — no matter what their native language is. The Washington Examiner portrays the Federal Data Services Hub less sinister and Orwellian than the other posts, instead spotlighting a bureaucratic obfuscation deserving a Darwin award for its dimwittedness. READ COMPLETE ARTICLE

“Obamacare: Citizens’ medical records security may be breached, report warns” | Examiner
Examiner focused solely on the IRS’ role in overseeing these Obamacare navigators. The post leans on the “sky is falling” side, so keep that in mind when you give it a read. It paints a picture of former IRS security shortcomings portending an automatic meltdown once Obamacare’s Hub goes live. Don’t get us wrong. We’re concerned about so much of our personal data being housed in one location with lax standards as to who can view it. But this article extrapolates problems that haven’t happened yet. To be fair, the IRS has a shoddy track record, and will be intricately bound to this new system insofar as it will be issuing tax penalties to citizens unwilling to comply with the mandate. Sadly, this Hub reminds us of Roskolnikov lost in the bureaucratic maze of Dostoyevsky’s Crime and Punishment. And we all know how that ended. He went mad. READ COMPLETE ARTICLE

Remember, this is an emerging issue, and although we’re outspoken, we are not in the business of getting riled up with false leads. We’re doctors, and we want to be informed while not jumping to hasty conclusions. That said, if you come across any online articles that you believe shed more light on the Federal Data Services Hub, send us an email, or tweet @atlasmd with a link.