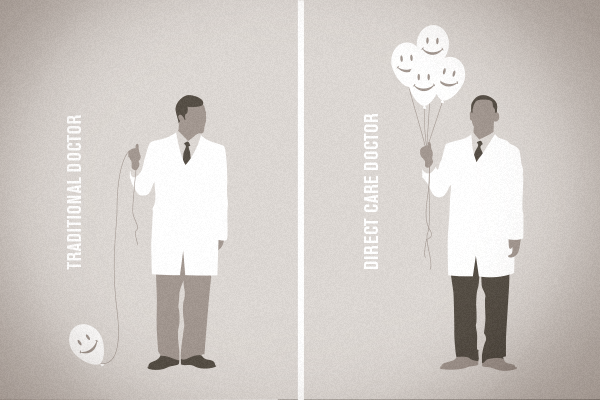 Concierge Medicine Today has released new data summarizing concierge medicine physician salaries. The data is based on surveys, polling analysis and verbal responses received from concierge doctors across the U.S. from 2009-2012. We’ve included the highlights:

Here are some additional numbers* worth highlighting:

Again, it looks bad on paper to see the 13% of doctors who lost income after switching to insurance-free medicine. But keep in mind, this doesn’t account for abstract benefits like reasonable hours, less paperwork and more satisfaction from helping patients.

And, finally, this is a powerful figure:

It’s good to see the numbers match up with what we’ve been saying. Serving patients is more satisfying and more profitable after you cut the red tape.