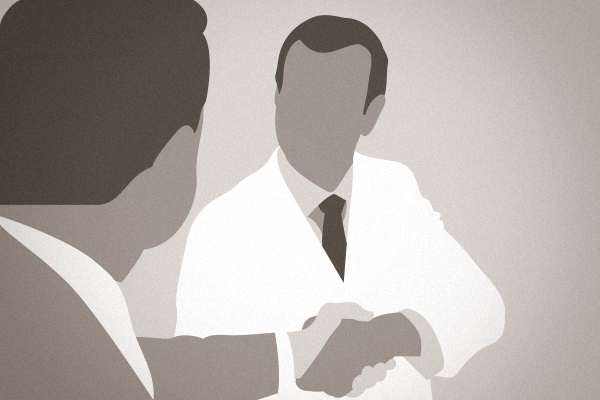 Richard Gunderman wrote a phenomenal essay for The Atlantic earlier this month. In it he explains the importance of accountable health care, claiming “We can be our best only if we bear at least some of the costs of the choices we make.” It is accepted that healthcare costs have within the last few years become the single most common cause of personal bankruptcy in the U.S. Of course, the natural reaction is to think of the indebted patients as victims, and hospitals as greedy predators. It’s not like the patients tried to get sick to they could taken on expensive medical care. Meanwhile hospitals retrofitted with marbled lobbies and elaborate amenities are indicative of surplus wealth. So Gunderman begs the question, “Who could feel sympathy for a billion-dollar corporation?”

However, he also points out that if patients are to be forgiven of their debts, we might run out of hospitals to turn to. That’s because a hospital that liberally provides free care will soon find itself overrun with patients, while the other hospitals fail to generate revenues that exceed their costs, and go out of business (this is hypothetical, but still a valid point).

There’s an inherent conflict between the moral sentiment (care for the poor and infirm) and financial realities (make money or disappear). Ideally, we wouldn’t turn away a patient who can’t pay, and everyone would get all the health care they need. We don’t inhabit that world, though, so we ask patients to bear the costs of their care. Gunderman makes a convincing case, though, for why is simplistic, superficial, and dead wrong. He says, “One of the reasons our health-care system is ailing is the fact that we habitually insulate decision makers from the consequences of their choices.” Patients in the traditional system don’t know the costs that are being generated when their physician orders a test or performs a procedure. Of course, here at Atlas MD, they do. As simple as it is for us to do this, it’s not happening in the world most people receive healthcare in, one where red tape has made costs totally myopic. In many cases, health-care professionals have only vague notions of the retail prices or actual payments collected for the work they do every day.

Gunderman makes another brilliant observations, and that’s that “People who don’t expect to pay the bill tend to disregard the tab.” The patient wants nothing less than the best that medicine has to offer, the physician gets paid for each test and procedure, and no expense is spared. In this case, the doctors and patient wind up in a situation where they’re going carte blanche, the doctor trying to make as much money off the insurance company, the patient feeling like they’re getting their money’s worth from the insurance company by meeting and then beating their deductible. But this doesn’t actually make sense. That’s because the decision isn’t being made by a responsible party, since both doctor and patient are insulated from the financial reality. If the insured patient had more responsibility for their treatment, they’d look to receive what they need. And, because a patient recommended useless service would begrudge paying for it, doctors would need to offer sound treatment. It’s funny, right? This is sounding a lot like the free market principles we’ve been advocating, something disregarded by our current healthcare system.

Gunderman makes another brilliant point, “For decades, physicians and executives have been earning handsome incomes, and in some cases growing wealthy, by exploiting these incentives to do more.” Ironically, efficacious approaches like incentivizing patients to take better care of themselves and incentivizing physicians and health-care organizations to keep costs down, have been neglected. Basically, insurance will pay for a triple bypass, but not a gym membership.

We recommend checking out the complete article. Gunderman spells out the importance of accountability. That’s because we need to stop thinking of ourselves as just patients and doctors, but collectively as people. He concludes that when your kids make a mistake and everything is “corrected,” they don’t mature. Healthcare, being thought of in terms of people, might face the same dilemma–if we automatically provide service to people without them having any accountability, things will never improve. Hospitals will still face bankruptcy, doctors will be forced to run “hamster practices” and patients will avoid taking precautionary measures agains preventable illnesses. It seems only the insurance companies will come out on top.