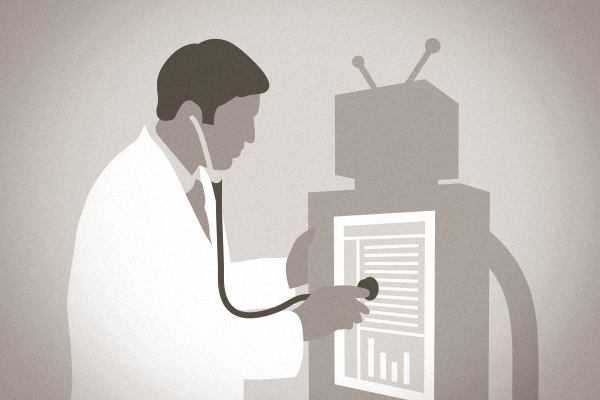 So how did we arrive at this point? Slate proposes that technology might be the de facto reason, but not the culprit. Their thinking is that doctors are spending more and more time working inside EMRs–virtually serving their patients–because of poor implementation. That’s a sentiment we’ve been iterating over and over again. Perhaps this poor implementation is caused by government incentives that pay you for “using” the equipment, not necessarily using the equipment in cost-saving, time-saving manner that increases face-to-face time with patients, and improves the quality of healthcare.