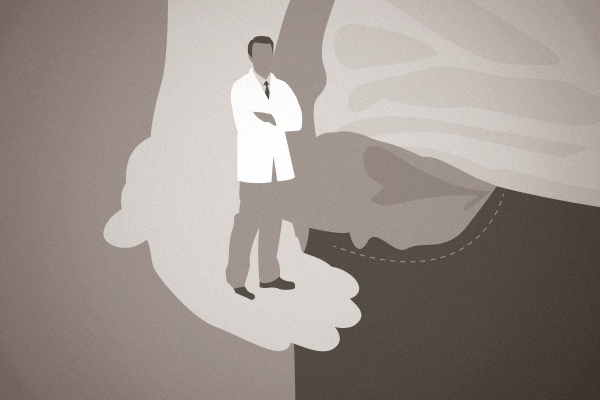 Is The Answer To The Doctor Shortage In Our Pocket?

BlueStar, a prescription-only smartphone app, is hitting the market this year. They’re banking on consumers who want to get medical advice directly from their phone. According to a Quartz article, the app was created by app-maker WellDoc and is the first to require a doctor’s prescription. Anyone can download the app but a prescription code provided by a pharmacy is required to use it. The cost varies by prescription, but is predicted to go much higher than $100 per month.

Since 2010 the app has been helping people with type 2 diabetes, by nudging them to check their blood sugar levels, reiterating tactics to moderate levels, and offering periodic advice. For instance, it might remind patients when to eat or commend them for tracking their glucose levels routinely.

READ THE COMPLETE QUARTZ ARTICLE ABOUT THE BLUESTAR APP

BlueStar doesn’t monitor patients directly as would an app like Nike FuelBand, but expects them to enter meal information manually. Based on the input, the app advises them about when to check their blood sugar levels and, based on their input test result, offers a corresponding medicine dosage. A prescribing doc can use this data to help further manage patient care.

Quartz notes that there are some obstacles for BlueStar. First off, docs need to be convinced that it’s worthwhile. Second, patients might not like all the nudges and reminders if they don’t actually make them healthier. So is an app like Bluestar going to make up for the doctor shortage? Tough to say. But one thing we noticed about the app is that it requires a doctor’s prescription. And getting a prescription in lawful situations requires SEEING a doctor (or having an ongoing relationship with a doctor you see routinely). Secondly, the app isn’t actually tailoring a patient’s care*, the doctor is. Meaning this app isn’t actually replacing anything. It’s obviously a smart use of technology, but for $50 a month, we’d rather see patients sign up for a direct care clinic, and tweet with a doctor. A doctor who has time to offer advice, and make suggestions, not just send automated text updates.

* In the case of a diabetic, the doctor helps a patient establish a bolus. The app isn’t actually adjusting the bolus by analyzing previous data. That would mean the app was “thinking” like a doctor. In reality, the app is actually acting like a helpful calculator, determining an insulin dosage for varying meals by using the bolus.

2 thoughts on “Is The Answer To The Doctor Shortage In Our Pocket?”