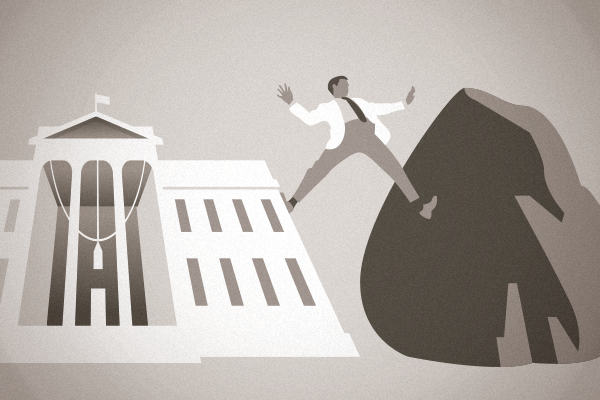 Healthcare Spending On The Decline

When we got to this article, we crossed our fingers that it wasn’t some slanted link bait. The New York Times is actually reporting that healthcare is already slowing down growth on the U.S. economy. Thank you, Obamacare! Healthcare has been a sector known to help the economy recover from recession. And now, it’s lagging behind. Some facts to consider courtesy of the Times:

The Times isn’t sure why this slowdown is occurring. They say that the Great Recession is obviously in part to blame. Some experts point to changes in technology and in the way care is delivered and paid for. We’re sure some direct care critic might try to point their finger at us. But in reality we’re not the threat to the economy. We still want patients to pay for healthcare. We just want that money to actually pay for the service, not clumsy bureaucracy.

Meanwhile, Obamacare’s role in this situation is being disputed. You’ve been following the news and frankly you can’t read about healthcare without finding an ambivalent report on the matter. Either way, something’s got to give because declining healthcare spending is not going to heal our ailing economy.

What’s the White House’s position on all this? Well, they argued back in November that the Affordable Care Act “is contributing to the recent slow growth in health care prices and spending.” We love the wordplay here. Said one way, it sounds like problem solved. Healthcare is cheaper in America. But now it’s being reported that this slowdown in spending is hurting the economy. This is a serious Catch 22.

David Cutler is a Harvard economist. He was President Obama’s chief healthcare adviser during the 2008 presidential campaign. He attributed 37 percent of the decline in healthcare spending between 2003 to 2012 to the recession. His study suggests 8 percent of the decline was caused by specific changes in federal healthcare spending. It’s neither here nor there, but isn’t it weird to ask the guy who recommended Obamacare what he thinks Obamacare did to the economy?

Keep in mind that last week, the Congressional Budget Office managed to come to an agreement that actually it was “specific cuts in spending on Medicare” that have “contributed to the overall slow rate of cost growth in health care since the law’s enactment.” The budget office then estimated its 2020 Medicare spending as 12 percent, or $109 billion, lower.

We’re still crawling out of a recession, so these changes are obviously going to be felt, hard. Professor Cutler explains, “If you take an industry that’s countercyclical and you make it grow slower, then that’s going to hurt you in a recession,” he said. “That’s absolutely true. But I’m not sure the right answer is to say, ‘Let’s take one sector that’s clearly bloated and impose a horrible tax on the economy and make that sector stay bloated.’”

This quote is worth rereading. It’s hard to say whether he is for or against Obamacare. In our opinion this guy is perfect for politics since he basically said as much as he could without really saying anything. Meanwhile, Katherine Baicker, a professor of health economics at the Harvard School of Public Health, thinks where we’re actually going wrong is focusing on the workers. Instead, she says we should focus on the benefits to everyone who doesn’t work in healthcare.

In her mind, the cost of healthcare is “broadly distributed.” She exists in the status quo where “everyone pays” in order for the industry to prosper. “Do you really want to pay for surgeons’ salaries by having low-income people not be able to afford health insurance?” she said. “It’s like the world’s least efficient jobs program. No one is suggesting that spending money on health care is bad. It’s just that for a given outcome, if you could get it with fewer resources, that would be better for everyone. You could get more health. You could get more other stuff.”

One thought on “Healthcare Spending On The Decline”