What Feels Like the End is Often the Beginning. 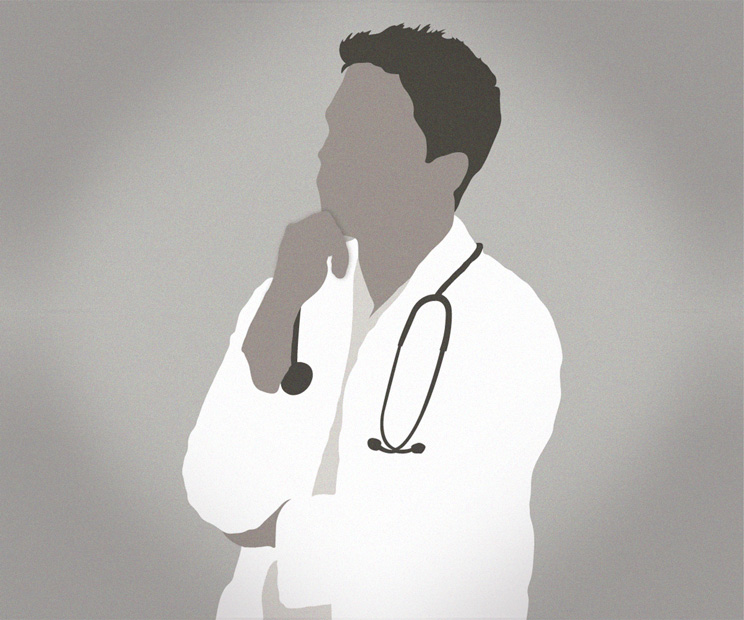 Remember the moment you realized you wanted to go to med school? It was definitive: helping people is what you wanted to do with your life. You were probably scared, a little nervous, but mostly excited out of your mind. You had a mountain to climb; you were under no false pretenses that it would be easy. But the steps were laid out for you. Take this class, learn this method, become excellent. So you did. You experienced endless sleepless nights of studying and the death of your social life. Even so, you put one foot in front of the other on this path so many before you had walked. You knew where it would lead; you couldn’t get there fast enough. And so when it came time to walk across the stage, your exhausted bones knew it was the end of an era. No more tests, no more classrooms.

You graduated! You did it! You reached the end of the road . . .  you’re laughing now, right? (Yeah, it was hard to even write that.) Everybody knows that not only does the road NOT end at graduation, but that’s when it gets steep. Really, really steep. Your internship, residency and fellowship were no joke; you often wondered if there were somehow more than 24 hours in your day because you seemed to fill up every single one of them and then some. You had to make some really hard decisions: would you specialize? In what? Who did you want to learn from in the real world? Where did you want to live? Where did your biggest opportunities lie? How could you care for people the best way you knew how?

You worked harder than you ever thought you could, poured over all your options. Again, you wisely followed the footprints of others who had run this marathon before. As the light at the end of the tunnel drew nearer, you watched as your career began to take shape.You fought for the letters that now followed your name and you believed in every word of the oath you took. And suddenly, although there was still so much to learn, you’d come to the end yet again. You were no longer under anyone’s wing. It was just you. And your patients.

Or so you thought.

The hallway was wide, but somehow you kept bumping shoulders with red tape (sticky fellows…). You learned that around every corner lurked a caveat to the way you wanted to do things. You kept running into rules shaking their fingers at you, telling you what you could and couldn’t do. Funny, though, when you asked the rules for reasons, they always just muttered something about bureaucratic efficiency and shuffled past you as if they had somewhere more important to be.

A giant clock followed you around – every seven minutes or so he’d yawn loudly, impolitely reminding you it’s time to move on to the next patient. Stacks of paperwork took over your office; no refuge to be found in there. They were needy, intrusive and rude, threatening to ruin your career if you didn’t give them attention before heading home for the night.

And so here you are.

You’re not alone in all this, but you’ve realized you’re definitely not keeping the right company. You’re not surrounding yourself with an environment that allows you to thrive. The realization hits you like a ton of bricks because you know your patients are affected, too. Is this all there is? Is this what you worked so hard to achieve during med school, internship, residency and fellowship? This?

It seems you’ve reached an end you never saw coming. You chose this path because it’s who you are. But something’s changed . . . and your passion no longer fits inside the four walls of traditional healthcare as we know it. You’re faced with a decision. Keep going, or throw in the towel?

History has served us well, hasn’t it? Each time you thought you’d reached the end, it was really only the beginning of the next season. Who says you don’t have another season ahead of you? Who says you can’t take matters into your own hands?

You’re tired, shocked, annoyed, maybe all of the above. Your career is not what you thought it would be, and damn it you didn’t go to med school to fill out paperwork. You’ve never been one to quit, though, so don’t start now. Open a Direct Care practice and do things your way. Hire who you want – trash the resumes of Rules, Caveats, Red Tape and Creepy Giant Clocks. You have no use for them anymore. See patients on your own time, and spend as long as you like with each of them. Be available, be proactive, be excellent. Be you.

You’ve never been in this alone, and that’s certainly still the case today, even from where you sit in your swivel chair of uncertainty. Stop spinning. It’s time to make your own path, but as you’ve done so many times before, do so using the wisdom of those who have gone before you. Direct Care is creating tidal waves across the country and you have an opportunity to use the model as a catalyst for your career. Learn more about Direct Care and all it has to offer here.

Your passion is tired of sitting on the sidelines; put him back to work. Let him link arms with patient care and let’s get started with your next beginning.