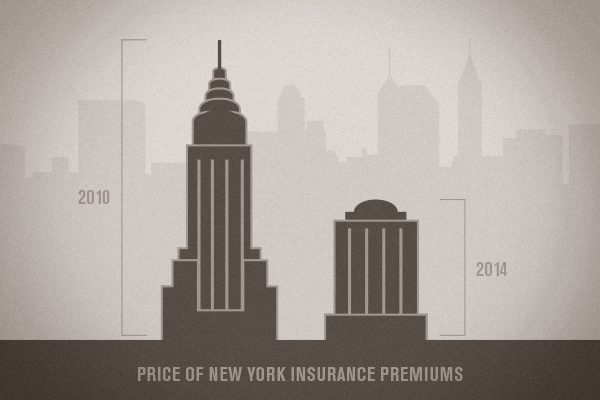 Are Health Plans REALLY Going To Fall 50% in New York?

Many outlets are reporting on a New York Times article claiming that “health plan costs for New Yorkers are set to fall 50%” as changes under the federal health care law take effect. This was announced by Gov. Andrew M. Cuomo on Wednesday, July 17. He is quoted as saying, “New York’s health benefits exchange will offer the type of real competition that helps drive down health insurance costs for consumers and businesses.”

One problem with the article is that it actually says, “While the rates will fall over all, apples-to-apples comparisons are impossible from this year to next because all of the plans are essentially new insurance products.” This immediately got us thinking, well where did a 50% price drop come into play?

Looks like the Washington Post is backing the story, though, saying that “the expected increase in the size of the non-group market post-ACA could introduce a much more typical distribution of health care needs to this market, thus leading to significantly lower premiums.”

However, Breitbart is not convinced of this story’s merit. According to this source, “the story is being hailed by the left as proof that the plan is working.” They go on to explain that only 17k people in New York currently buy insurance on the individual market. They also call out the article for this quote: “Individuals in New York City who now pay $1,000 a month or more for coverage will be able to shop for health insurance for as little as $308 monthly.” But Breitbart (as well as us, though we didn’t have as much time to fact check) is not sure where where this figure came from. That’s because a spreadsheet published along with the story shows five different ranges of plans labeled Platinum, Gold, Silver, Bronze and catastrophic. The trouble is that not a single plan has an average price of $308 dollars.

Breitbart also expressed concern over the report that people in New York are paying $1000 a month on average for insurance. Avik Roy notes that the average monthly price for individual insurance in New York was just $357 as of 2010. If this is accurate, then it would indicate that most of the New York market (17,000 in the whole state) is paying far less than $1k a month. Breitbart has emailed an inquiry to The New York Times with regards to their figures. This should lead to updates to the original article or additional reports.

We’ll be keeping an eye on this story. How direct primary care and our push for no nonsense healthcare will factor into the state of New York after Obamacare is TBD. We’re of course curious how the market will actually react. For now, though, we want to get the story straight before we come to any hasty conclusions.