Proud to Work on Christmas. 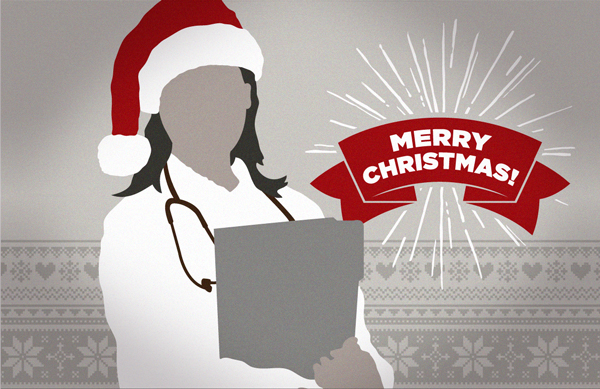 It’s Christmas Day, and pretty much everyone you know is spending time with family and friends. They’re opening presents, attending a church service, sledding, and lounging by the fire after another giant meal. But you experience holidays a little differently. You’re hanging with your family and partaking in all the usual holiday traditions, sure. But you’ve had one eye on your phone all day, and not because you’re a social media addict.

You see, as Jack was opening presents he sliced his finger open with the scissors. Rather than spending the rest of the day sitting in the ER and stressing over the money that would have cost, he called you. You met him at your office and stitched him up – in just a few minutes, and for just a few bucks. He left with a big smile on his face; an hour later he sent you a picture of his young son sailing down the hill on his new sled for the very first time. His text said he’d have missed that moment if it weren’t for your quick action and availability.

Across town, Jill was shuffling her family into the car on the way to brunch when she slipped on the ice. Her ankle swelled up in a hurry, but not before she punched in your phone number. After walking her though a verbal questionnaire about her symptoms and the severity of the fall, you were able to determine it was just a sprain and that some Ibuprofen would do the trick. Jill let her husband take over the shuffling, and while kicking her feet up after brunch as you instructed, she and her daughter had a fantastic conversation that might not have happened if Jill had been ultra-mobile as usual.

In the Swinkle home, Grandpa Bob snuck into the pantry and devoured the rest of the jalapeño sausage… which gave him instant heartburn. When he confessed to his thievery, his daughter called you immediately to make sure the heartburn relief pill she planned on giving him wouldn’t interfere with his other medications. You reviewed his chart, did some cross referencing, and advised her to stay away from that particular heartburn relief pill. Instead, you recommended one that wouldn’t interfere with his existing med list – saving him a trip to the hospital later, and possibly even his life.

So yes, you are a teeny bit distracted today. But you’re grateful for the chance to care for your patients. Thankful for their trust. You might get a few calls on Christmas that pull you away from the holiday task at hand, but you wouldn’t have it any other way. They’re family, too. Your patients needed you, and because you truly understand the value of Direct Care, you were there for them today. Today and every day.

Merry Christmas to all you Direct Primary Care warriors. May you be ever reminded of the value you offer your patients, the medical community, and society as a whole.