Direct Care Is A Declaration Of Doctor Independence

Yes, it really is time to revoke the health-care mandates issued by bureaucrats who ARE NOT in the profession of actual healing.

Daniel F. Craviotto Jr. writes on WSJ.com, “In my 23 years as a practicing physician, I’ve learned that the only thing that matters is the doctor-patient relationship.”

Craviotto, Jr. is a doctor who embodies the fight of Direct Care. How we interact and treat our patients truly is the practice of medicine. There’s a problem with the rising cost of health care (for starters, Oregon spent over $1,000 per subscriber on just a website to sign up for coverage that might not even provide a doctor).

END_OF_DOCUMENT_TOKEN_TO_BE_REPLACED

Direct Care is Not the End of Empathy

If you’re currently running an insurance-based fee-for-service primary care facility, and planning to switch to direct care, you should read this op/ed from the Wall Street Journal. Jerald Winakur practiced internal and geriatric medicine for 36 years and is a clinical professor of medicine at the University of Texas Health Science Center at San Antonio. His cousin Irene, a 90-year-old woman living in Queens, was recently notified that her internist was joining the concierge medicine ranks.

Winakur’s thoughts are less than enthusiastic about profit-focused decision making. But, they actually don’t contradict our own belief in Atlas MD-style of direct care. Why is that? Because concierge medicine is not the same as direct care. According to Winakur:

“What Irene learned was that her internist was converting her fee-for-service office into a ‘concierge practice.’ For a yearly retainer of $2,200 (in addition to the usual charges that would still be billed through Medicare and supplemental insurance), Irene would receive “value-added” services. These include same-day appointments, electronic access to her medical records and lab reports, shortened waiting times, and other ‘frills’ that Irene said her doctor always provided anyway.”

END_OF_DOCUMENT_TOKEN_TO_BE_REPLACED

UPDATE: Good Communication Is Good For Your Patients (And Your Bottomline)

We came across an article from The Wall street Journal addressing patient communication. It’s worth reminding our doctors: evidence has mounted that good communication helps patients stick to recommended treatments and manage chronic diseases. It also improves outcomes in the management of diabetes, hypertension and cancer. As primary care physicians in DPC, we’re not always dealing with conditions this serious. However, we’re still prescribing medications. Our ability to be clearly dictate when to take them, and why we’re recommending our patient take them MATTERS.

In a separate but related issue, we mentioned last week that poor communication is more likely to get you sued than making mistakes. Evidently patients don’t want to sue a doctor they like. Although they are willing to file lawsuits against the unfriendly, un-empathetic doctor who harried them through their visit. The WSJ points this out as well, saying “lack of communication, after all, isn’t just frustrating for patients. It can hurt the quality of care, drive up costs and increase the risk of lawsuits. And under new Medicare rules, providers won’t get as much money if they rack up poor patient-satisfaction scores or too many preventable readmissions.” Thankfully, in our line of work this last sentence need not apply. We can’t begin to express how glad we are to NOT have to fill out ICD-10 codes or have our patients pencil in score sheets regarding our service. 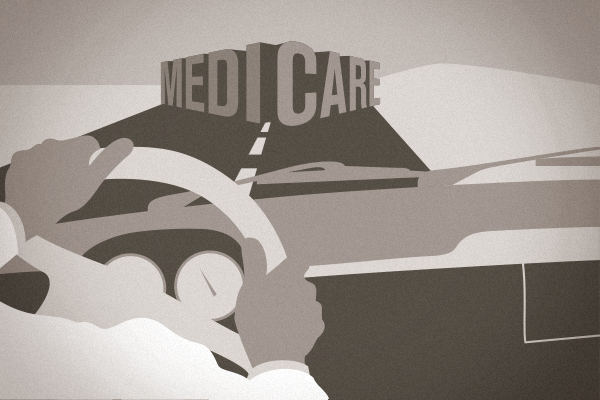 And another doctor adopting “direct care” has gained mainstream media attention. Dr. Juliette Madrigal-Dersch is a physician in Marble Falls, Texas. She’s joined a growing number of doctors who choose to not accept payment from Medicare, Medicaid and private-insurance networks. The Wall Street Journal broke the story, saying, “Fewer American doctors are treating patients enrolled in the Medicare health program for seniors, reflecting frustration with its payment rates and pushback against mounting rules, according to health experts.” According to their research the number of doctors who opted out of Medicare last year, while still a small proportion of the nation’s health professionals, nearly tripled from three years earlier.

Check out the complete article (subscription required), or if you don’t feel like paying the news source, you can watch the ad-supported video segment.