You call for an appointment and are told it will be about 20 days.

You arrive on time only to sit in the apt named waiting room for 40 minutes.

You start to explain why you came in.

END_OF_DOCUMENT_TOKEN_TO_BE_REPLACED

Pay Kevin MD Like A French Doctor (Or Get Your Numbers Straight Before Blaming Doc Salaries For Overspending.)

Whenever new physician salary data is released, reporters and policy experts often compare doctor salaries in the United States to those of other countries: most notably, France. But Kevin Pho isn’t pleased.

That’s because because, practically on cue, Vox’s Sarah Kliff — regarded by thought leaders an excellent healthcare writer, is “uncharacteristically” lazy in framing physician salaries through a biased lens.

END_OF_DOCUMENT_TOKEN_TO_BE_REPLACED

Hans Duvefelt explains the strange world he lives in: He can freeze some warts in less than a minute and send a bill to a patient’s commercial insurance for way more money than if he spent fifteen minutes changing someone’s blood pressure medication.

Why’s this the case? For one, he’s a victim of red tape i.e. governmental market manipulation.

END_OF_DOCUMENT_TOKEN_TO_BE_REPLACED 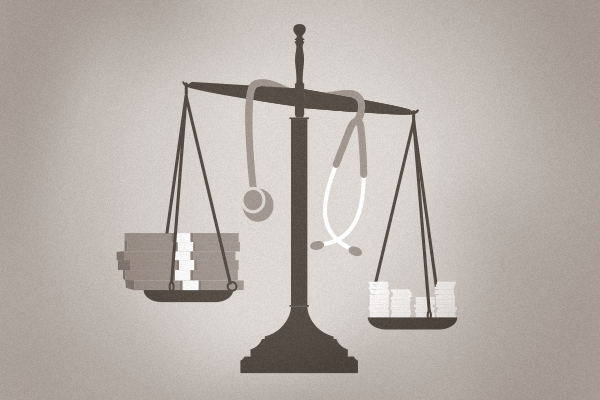 How much does a direct care medical doctor make?

Once a direct care doctor is up and running with a full roster, the salary possibilities look really good. We are of the opinion that if a doctor has good standing in his community, a decent advertising budget, and a willingness to take on multiple roles within the office, then he or she can make MORE than their current salary within the insurance-based model. Of course, exactly how much and how much more will depend on their specialty and factors like patient number, monthly fee, and cost differentiation.