KLAS, a national firm that measures EHR vendor performance, conducts an annual poll of healthcare providers, not only about the quality of their EHRs but also about make-or-break issues such as training, implementation, and support.

The gripes cover three main areas: One, EHRs have made the patient encounter far more annoying and complex than it ever was before.

Two, many physicians feel that EHRs take doctors who were trained to be independent thinkers and constrain their ability to make independent decisions, causing them to feel like data entry clerks, with a computer telling them how to practice medicine.

Last but not least, a large number of physicians feel that EHRs erode the doctor-patient relationship by creating a barrier between the two.

END_OF_DOCUMENT_TOKEN_TO_BE_REPLACED

Want To Practice Good Medicine? Get Naked And Have Some Fun.

Early on, Dr. Pamela Wible was warned by her doctor family, “Don’t go into medicine.”

Of course, she went into medicine, and was met with grim circumstances — doctor after doctor she knew, killing themselves.

Now, in light of assembly-line medicine killing the souls of doctors, Dr. Wible has opened an ideal clinic that focuses on the patient-doctor relationship.

And she’s having a fun doing it.

Yes, Being A Doctor Became Miserable. That’s Why I Became A Direct Care Doctor Instead.

“Nine of 10 doctors discourage others from joining the profession,” writes Daniela Drake on the Daily Beast.

END_OF_DOCUMENT_TOKEN_TO_BE_REPLACED

According to Afshine Ash Emrani, MD, the worst news in healthcare isn’t antibiotic resistance, drug-drug interactions, hospital-acquired infections, and definitely not the alarming rate of obesity in our youth.

No, the worst news is the increasing number of dissatisfied physicians.

END_OF_DOCUMENT_TOKEN_TO_BE_REPLACED

Mmmm, they’re even St. Patty’s Day-themed. See, this is what happens when you cut the red tape — happy patients, happy doctors, and donuts.

Healthcare Is Broken. But Throwing Pills At It Won’t Solve The Problem.

Kevin Pho knows how to craft a headline. He says on Kevin MD, that patient satisfaction is all the rage, and that it might actually kill.

END_OF_DOCUMENT_TOKEN_TO_BE_REPLACED

Hands Up — Who’s Bringing Their iPad into the Examination Room?

The Direct Primary Care Journal shared findings recently about the prevalence of iPad usage by physicians. According to the report, the most common activity of physicians who use an electronic health record (EHR) and use a smartphone or tablet is “sending and receiving emails.” The second most frequent activity among tablet users is “accessing EHRs (51% daily).” Compare that with just 7% of physicians using their smartphone to access EHRs.

We’ve highlighted some of the results here:

END_OF_DOCUMENT_TOKEN_TO_BE_REPLACED

Dr. Josh Breaks Down Every Facet Of Direct Care In His Latest Interview

The Objective Standard spoke with Dr. Josh and captured a comprehensive, and digestible, overview of direct care. The conversation was conducted and transcribed by journalist Ari Armstrong and is currently available as a PDF file for private use and distribution. We’re excited to share it personally through this week’s Atlas MD newsletter (will be included as an attachment). If you haven’t signed up for our weekly direct care updates, you can do so here (make sure to check the newsletter box). Or, if you like, email hello[at]atlas.md to request your copy of the interview.

The Objective Standard is a quarterly periodical written from an Objectivist perspective (Objectivism being Ayn Rand’s philosophy of reason, egoism, and laissez-faire capitalism). Josh’s interview is slated for Fall publication. 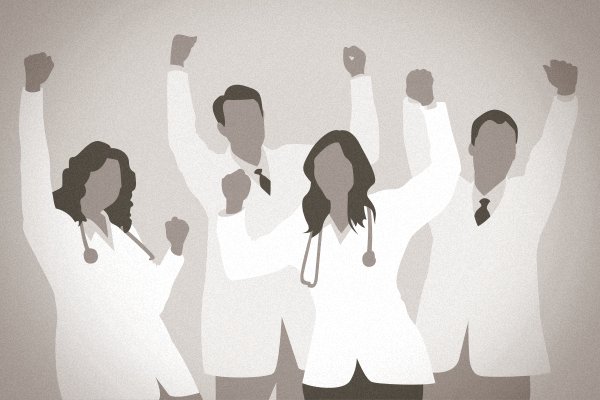